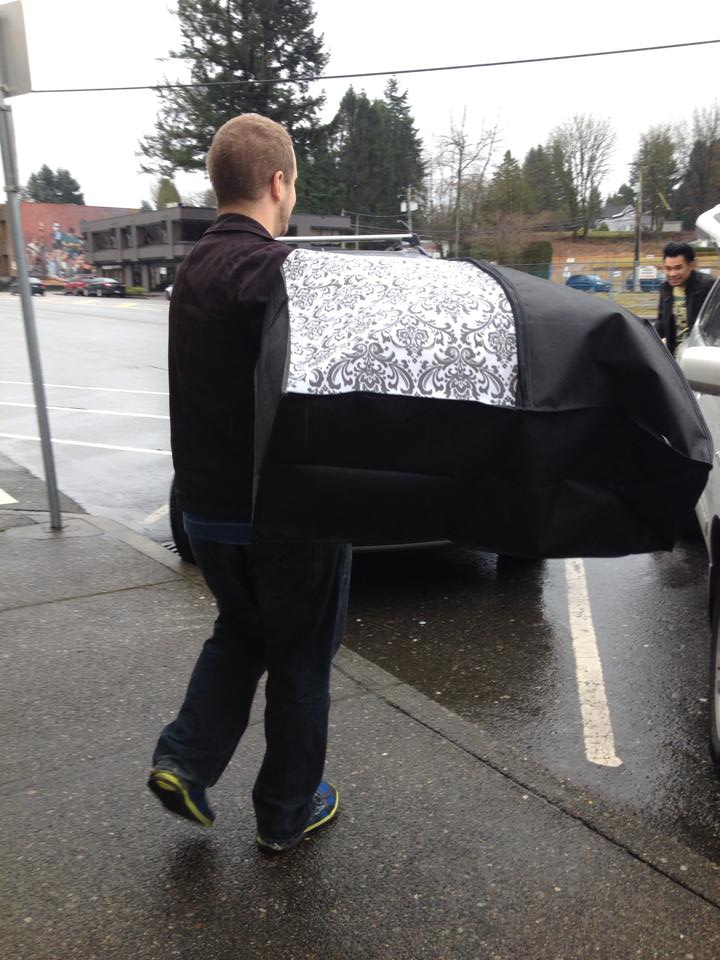 I feel like I’ve been slowly inching towards accomplishment on the wedding planning front. First was the food tastings, then last weekend we took the Mister to get fitted for his custom made suit, and then a few days ago I went to pick up my wedding dress.

Having Bridesmen is probably one of the best decisions I’ve ever made. That’s a lie, it wasn’t so much of a decision but an inevitability – my closest friends are boys. I took two of the three of them on my first escapade wedding shopping and it was hilarious. They tried to pretend to be really flamboyantly gay and then broke down halfway through the experience, totally confusing the consultants. Then they insisted we go to the comic book store afterwards. Pretty much what I expected.

So when I asked the same two to come with me to pick up my wedding dress (which I ended up buying without them, but with one of approximately 3 female friends I have), I was excited to see what adventure would take place, and I wasn’t disappointed.

From the start one of them started to undo his shoes as soon as we got in the salon, which was amusing since everyone else was still very much shoe-clad. No biggie – we found my consultant and she and I went to try on my dress while they waited to be dazzled. While I was getting dressed I could hear muffled music playing outside the change room (so in the middle of the salon). What was that noise? If you guessed two men blasting “Pretty Woman” on their phones, you’d be right. In the middle of an elegant, dainty bridal salon.

After being suitably wowed by my dress and how I ‘scrub up good’, they got to the ever so important task of locating all the most hideous headpieces and combining them, then insisting I wear them. My head was bedecked in tiaras and shiny satin bows.

The icing on the cake was when we left, however, since the boys insisted on carrying my dress, all wrapped up, for me. They smacked my bridal consultant right in the face as they walked out the door and didn’t even notice. Absolutely perfect.