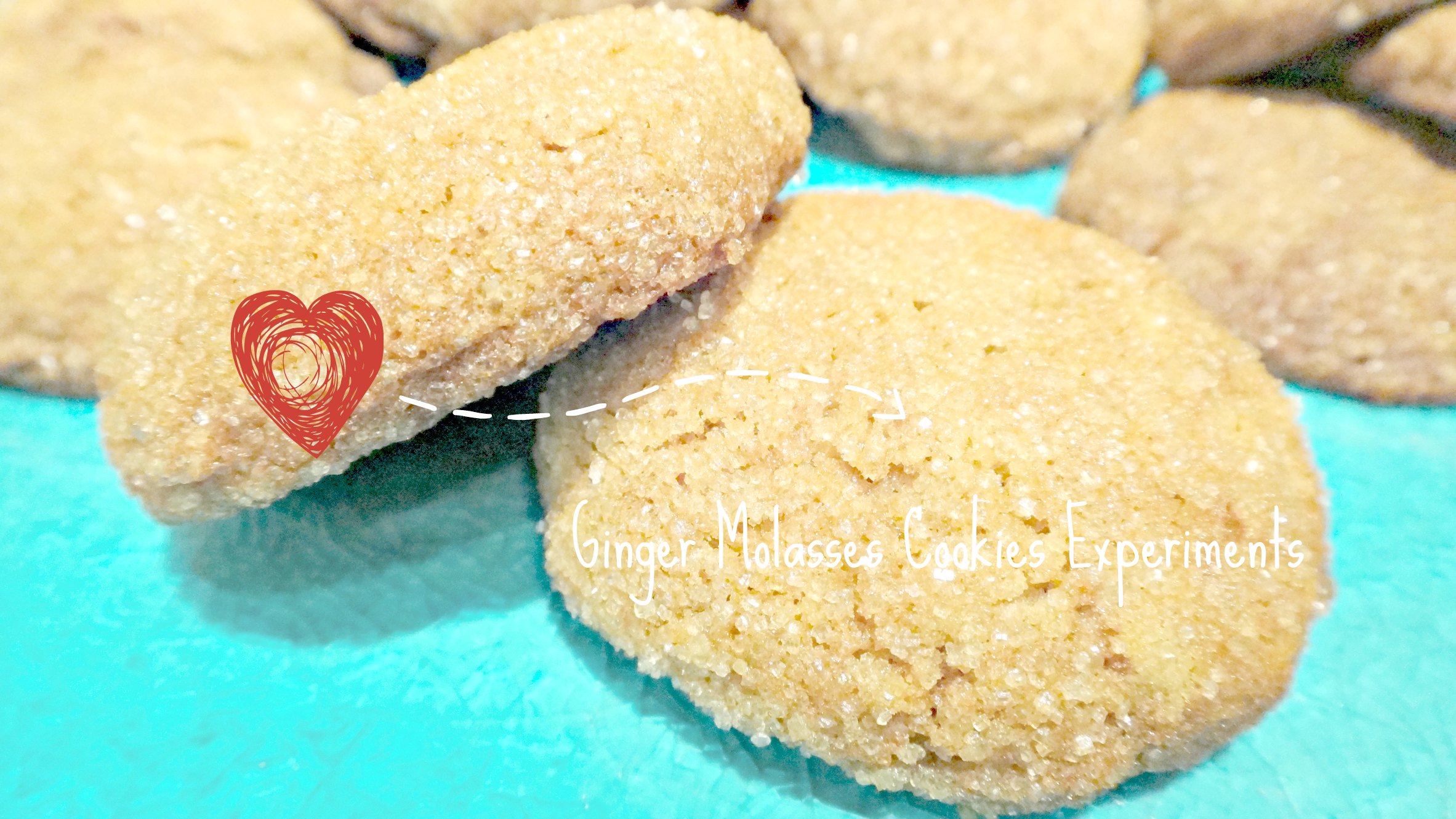 The mister has been obsessed with Starbucks’ Ginger & Molasses cookies. Okay – maybe not obsessed,  but definitely enthusiastic, and enough for me to notice. So when he had a craving he decided to buy some healthy version at the grocery store. One bite was all either of us needed to determine that those were not cookies. They were… sand cakes. I announced that they were a waste of calories because, hey, if you’re going to eat something unhealthy like a cookie, it had better be a good– no, great cookie.

So I decided to make some and turned to Pinterest for inspiration. I found this recipe, and was determined to try it out simply because it used fresh ginger, which I feel should always be above ground, powdered ginger.

These cookies were easy to make, super quick to bake (7 minutes!?) and I loved the sugary coating. They looked so pretty (though my picture doesn’t!). I experimented a bit after making a test batch by adding more cinnamon into some, adding cocoa powder to others, and even some with espresso extract because I had some that I have been dying to find an excuse to try and also because, why not?

Right off the bat, these cookies are delicious. They’re a good, crunchy ginger snap.

But that was my problem.

He loves the chewiness of the Starbucks cookie so I know I have to go back to the drawing board with these guys. I also didn’t love that they had a bit of a butter-rich after taste. That might be key for some people but not me.

Found on WannaComeWith.com and adapted from “Old-Fashioned Molasses Cookies with Fresh Ginger” from The Dahlia Bakery Cookbook by Tom Douglas and Shelley Lance. The recipe states it makes 54 cookies, but I don’t think I got that many.

So my next attempt will be with this recipe from TableforTwoblog.com since they’re billed as soft and chewy. Fingers crossed!